it’s at the time to share my experiences with the monitoring of Citrix Netscaler with Check_MK (below called CMK).

The so-called innovation release of CMK 1.2.7i contains some checks for Netscaler that are based on SNMP:

If you are still using 1.2.6 (the stable version at this time pint of writing this article) like I am doing you can grab the files from the public GIT repository and put all of them into the local directory of your CMK site: local/share/check_mk/checks/

Additionally you can create customized pnp-templates for some of the checks like this:

I’ve created a new check (by cloning of one of the listed above) an called it netscaler_aaa_sessions. It is intended to monitor the number of active AAA sessions. Such AAA sessions are for example SSL VPN connections. By monitoring of the AAA sessions you can collect statistics about the number of clients connected via SSL VPN over time.

The package can be downloaded from the official CMK site for 3rd party packages.

Sometimes you’ve got a pair of Netscaler boxes building a HA cluster. One of them is active, the another one is standby and is waiting for its chance. In this scenario you would monitor both boxes and both of them would have the very same check results for example for VS (virtual servers). If a backend system behind the VS goes down, both services are affected and change their stratus to not OK and you receive notifications from both services. Everything is doubled. To avoid situations like this you can be using one of absolute powerful features of CMK: cluster monitoring.

Creating a cluster in CMK to monitor a Netscaler HA cluster

Assume your 2 Netscaler boxes are called ns1 and ns2. The service discovery has worked fine and now you’ve got some services at each of the boxes like “CPU utilization”, “Memory usage”, “HA Node Status” and many others. Among them you should have some services based on the check netscaler_vserver and whose names begin with VServer. Our goal is to create a cluster host (in terms of CMK) that contains all VServer services.

This site uses Akismet to reduce spam. Learn how your comment data is processed. 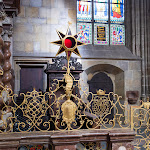 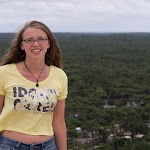 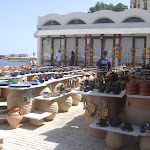